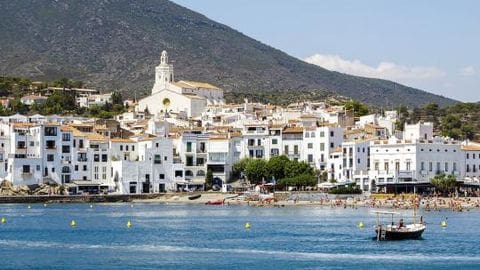 Cadaqués is a small fishing village located in the Alt Empordà region. It is world famous for being the summer resort of Salvador Dalí and home of the painter's Museum, which is the most visited by tourists. The Bay of Cadaqués forms the largest natural harbor in Catalonia and is home to numerous boats and ships of all sizes, especially in summer. Its small narrow streets and its typical houses painted in white make Cadaqués a town with great picturesque charm. 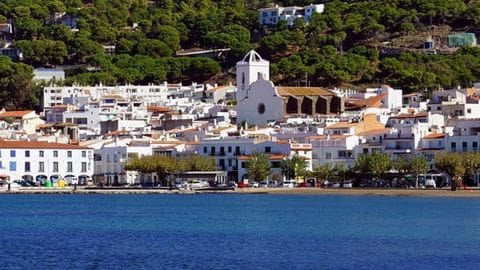 Of all the towns of Cap de Creus, Port de la Selva is the strongest candidate to win the title of 'small fishing village'. The white houses are so close to each other that they seem to be searching for the Tramuntana shelter. Many of its inhabitants make a living from tourism, but fishing is still an important sector of the local economy. Its fishing port is one of the most important in the province. 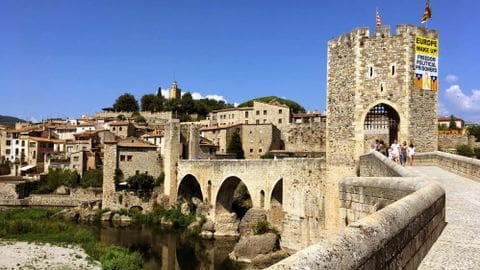 The town of Besalú, located at the confluence of the Fluvià and Capellades rivers, is one of the most interesting visits among those that can be done in the Catalan region of La Garrotxa. Its well-preserved historic center clearly expresses the grandeur of its past. In addition to counting on different monuments that were declared Artistic Historical Monuments of National Interest already in the first half of the twentieth century, during 1966 the whole city was declared Artistic Historical Set, and it deserves a Detailed visit that goes back to the medieval centuries, which were those of its splendor. 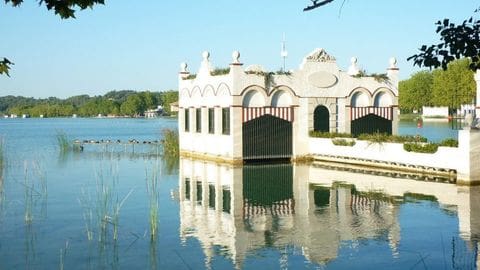 The Lake of Banyoles is the only lake in Catalonia and one of the few in the Iberian Peninsula. It has 1 square km of surface and 8 km of perimeter. Its depth goes from 6 to 62 m. The Banyoles lake is the fruit of an almost unique phenomenon in the world: it is nourished by underground springs that flow into its bottom, and in a very regular way they give it 600 liters of water per second. Also unique is the existence of sediment suspended in its waters, which has given rise to several legends, such as that of the Dragon. The rowing tests of the Barcelona Olympic Games in 1992 were held in Estany de Banyoles. 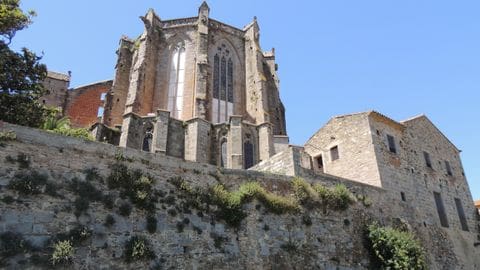 Castle d'Empúries had its peak in the Middle Ages since the 11th century, when the Counts of Empúries settled there and became the county capital. From this age, the buildings that are in the core or monumental district date back to their traditional appearance. In this nucleus we can find some survivors of ancient town planning such as porches, Carrer del Bordell, the artisan districts and the Call, between the streets of St. Pere Baix Baix and the Peixateries Velles, which currently only conserves its urban layout. 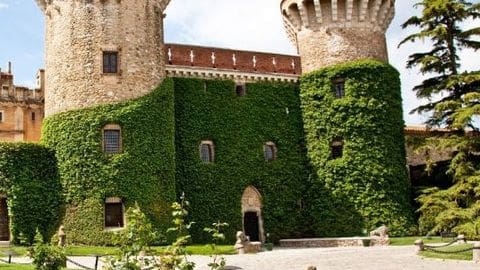 The symbol of Peralada is the castle of Peralada, with two towers and a remarkable battlement and gardens with ancient trees. This ancient residence of the counts of Peralada was built in the fourteenth century, and at the end of the sixteenth century, transformed into a palace owned by Francesc Jofre de Rocaberti after receiving from Philip III the title of count of Peralada. It is located northeast of Figueres and retains the medieval air and remains of walls.